GLOW IN THE DARK CONTACT LENSES AS DIABETIC RETINOPATHY TREATMENT

"rod cells, as it turns out, consume about twice as much oxygen in the dark as they do in the light"

"The lenses provide the retinal rods with just enough light throughout the night to lower their oxygen consumption, and 'if we turn metabolism in the retina down, we should be able to prevent some of the damage that occurs'".
Posted by Dr. Kevin on April 26, 2018 3 comments:

A REVIEW OF CYPASS AND XEN STENTS

From Review of Optometry: 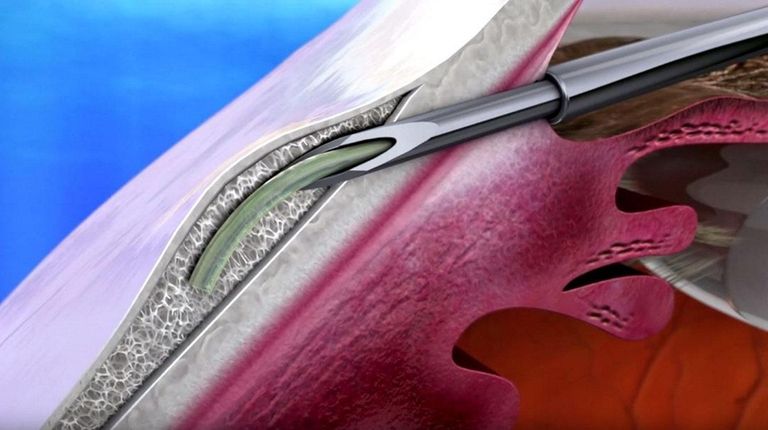 "Unlike the CyPass, the Xen 45 gel stent (Allergan) mimics the outflow pattern of traditional glaucoma procedures by draining aqueous into the subconjunctival space, but with the less invasive ab interno approach. This stent is indicated as a stand-alone procedure or with cataract surgery for patients with open-angle, pseudoexfoliative or pigmentary glaucoma who failed maximum topical therapy or other filtering procedures. The Xen, preloaded in a single-use injector, is inserted through the trabecular meshwork, creating a scleral channel through which the stent connects the anterior chamber to the subconjunctival space. A clinical trial of 65 patients demonstrated a drop in IOP from a mean of 25.1mm Hg preoperatively to 15.1mm Hg postoperatively, with a reduction in medications from 3.5 before the procedure to 1.7 after.3 "
Posted by Dr. Kevin on April 20, 2018 No comments:

According to a review of a study in Cornea:

“Parents of the younger patients must be clearly informed at the time of corneal cross-linking therapy (CXL) that seven to 10 years after CXL, the corneal collagen turnover may induce loss of CXL effect duration with new KC instability or progression, so the treatment could be potentially repeated if necessary in nearly 25% of the patients,”
Posted by Dr. Kevin on April 19, 2018 3 comments:

This article in Review of Optometry discusses development of eye drops for presbyopia in the near future.
Posted by Dr. Kevin on April 12, 2018 1 comment:

According to this study:  "in patients with normal vitamin D levels were 21% less likely to have noninfectious uveitis than those with low vitamin D levels."
Posted by Dr. Kevin on April 10, 2018 1 comment: